The Internet has facilitated the creation of new startups with better measurement, greater customisation, rapid innovation and more awareness of market design. By analysing Internet markets in relation to technologies (often the source of the creation of new markets), distinctive characteristics can be noted in internet startups. These are specific features that distinguish them from traditional markets and can be summarised as the following:

Scalability: Many Internet platforms operate on very large scales, for example Facebook, which has over 1 billion registered users, or Google, which conducts billions of sponsored search auctions. Most of these have been designed to be easily scalable and at relatively low costs. High scalability at low costs can lead to high incremental returns. This feature alone, however, cannot be the only necessary and sufficient condition to ensure that a particular platform is successful and attracts a large number of users and therefore incremental returns, structural costs and network externalities play an important role too.

Customisation: The cost of customisation in an Internet market is negligible compared to what can be paid in a traditional market. An illustrative example is advertising on TV or on the Internet. In the case of TV advertising, the showing is identical for all and not customisable, unlike advertising on the Internet, which is customised according to the type of user and their search habits. In an economic perspective, customisation can be understood as matching users with opportunities.

Potential for Innovation: One of the distinctive features of Internet platforms is that they conduct experiments, often several times during the year, as research costs are minimal, and if the added innovation or product/service is not well received by users, it can be reversed in a few seconds at no cost.To give an example, in one year Google alone performed more than 6,000 experiments, some of which received a good public response and have become part of the platform structure.

Measurability: This feature is the high degree of control and the extension of this to the various actions that can be performed on a platform, from structuring users’ searches to control and monitoring of transactions and testing of new rules and parameters. 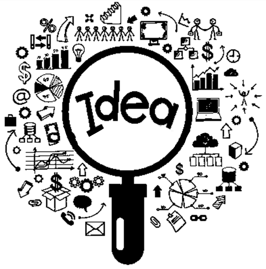